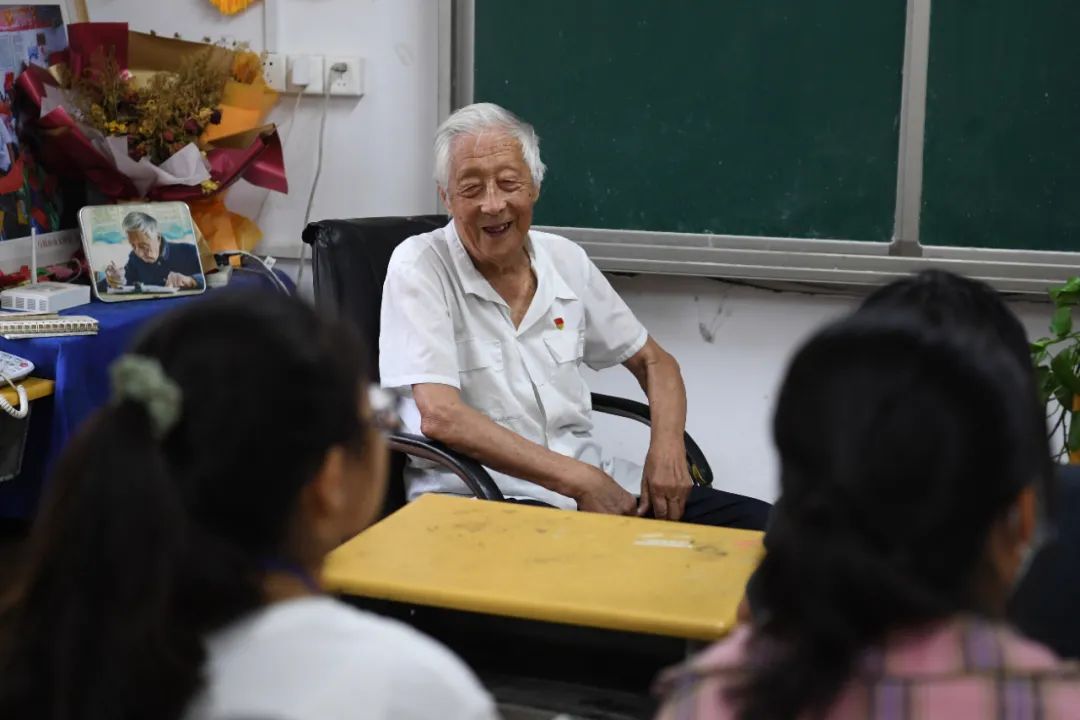 For the past 22 years, Ye Lianping, a 95-year-old retired teacher from Buchen village in East China's Anhui province, has been teaching left-behind children for free.

Teaching has always been part of Ye's life. After retirement in 1991, he often went back to school to teach voluntarily. 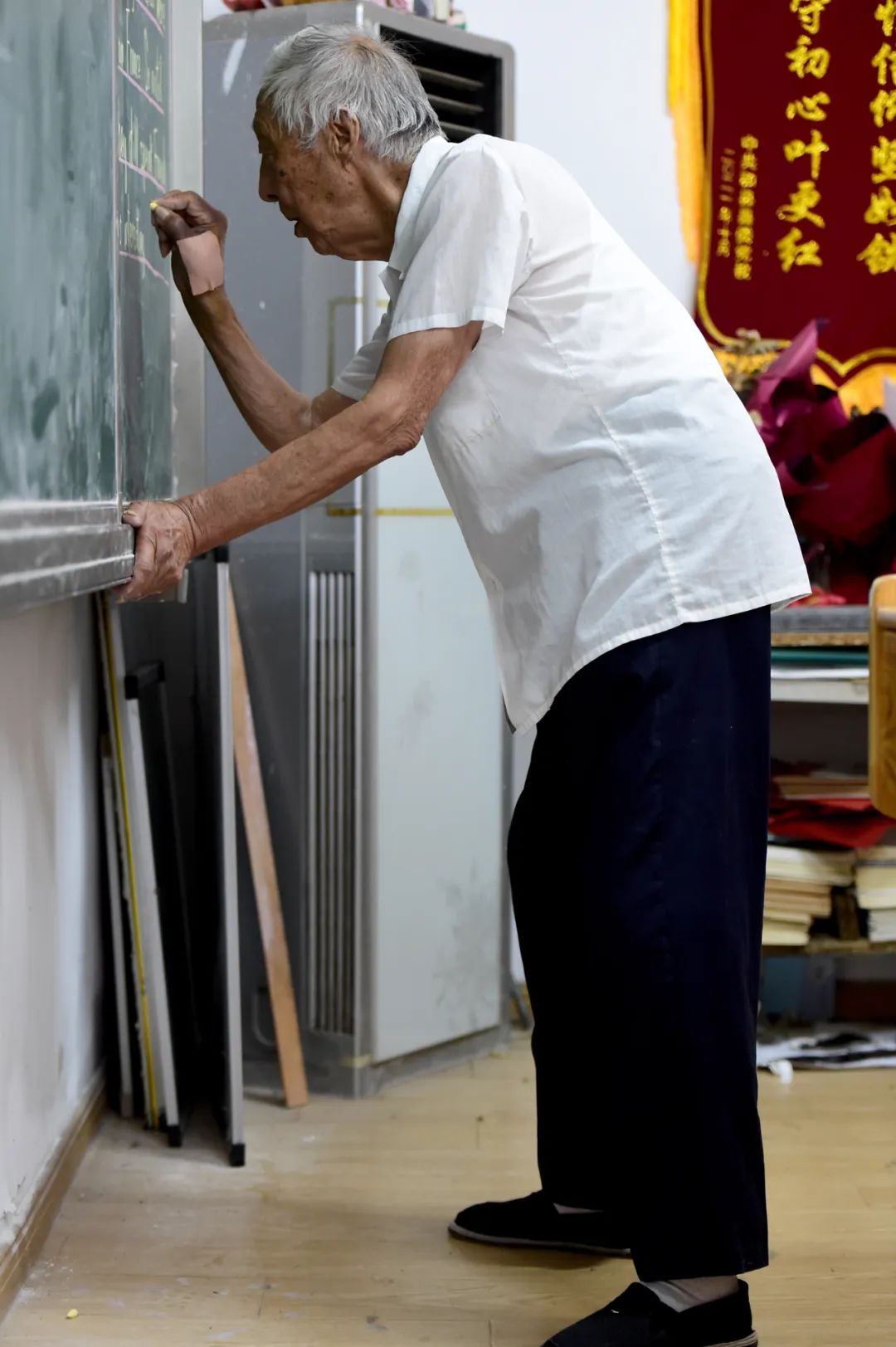 Ye Lianping writes on a blackboard in the classroom of the "home for left-behind children" in Buchen village of Hexian county, East China's Anhui province, July 21, 2022. [Photo/Xinhua]

In 2000, he began offering free English-language classes to those children whose parents work far away. He first set up a classroom - "home for left-behind children" in his own house. Later, the local government transformed a storage area across his house into two classrooms, where more than 2,000 children have benefited from Ye's tutoring in the past 22 years.

In 2012, he also set up the Ye Lianping Scholarship Fund with almost all his life savings, along with the donations from the local government and the school. So far, it has provided financial aid to hundreds of left-behind children.

Despite his generous support for students, Ye lives a very simple life. As he has no children of his own, he lives with his wife in a house built over 30 years ago, where he sometimes provides the children who live far away food and living space. To save money, Ye never wastes a penny on his own, even on a bottle of water. For instance, he has been using the same enamel mug for decades.

Although he is getting older, he's never tired of teaching. In 2010, Ye was diagnosed with cataracts, but went for a surgery only when he couldn't read anything from the students' papers. In the summer of 2018, Ye got injured while riding a bicycle to buy vegetable for volunteer teachers. Instead of resting in bed for recovery, he returned to class with a stick within a week. 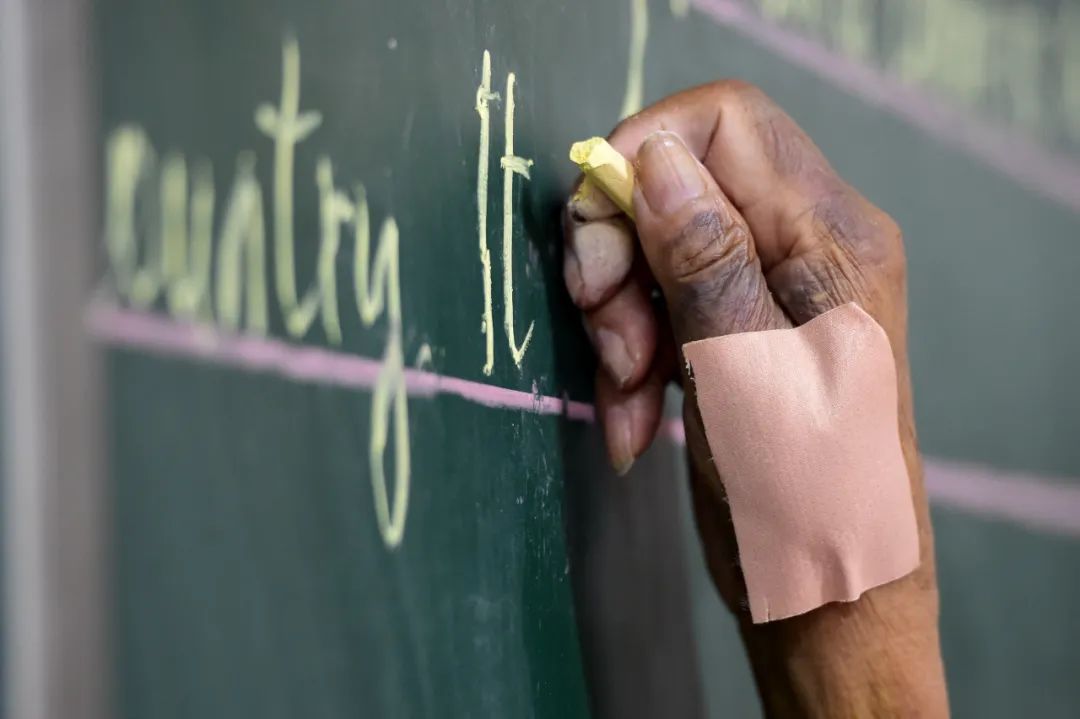 Ye Lianping writes on a blackboard in the classroom of the "home for left-behind children" in Buchen village of Hexian county, East China's Anhui province, July 21, 2022. [Photo/Xinhua]

Ye is racing against time to spend as much time as possible he can on rural education. "My time is limited and I hope to draw my last breath on the podium," he said.

He has been called "the candlelight of the village, burning forever". But he said, "I'm just a firefly, a little firefly (making little light), not as much light as a candlelight can give." 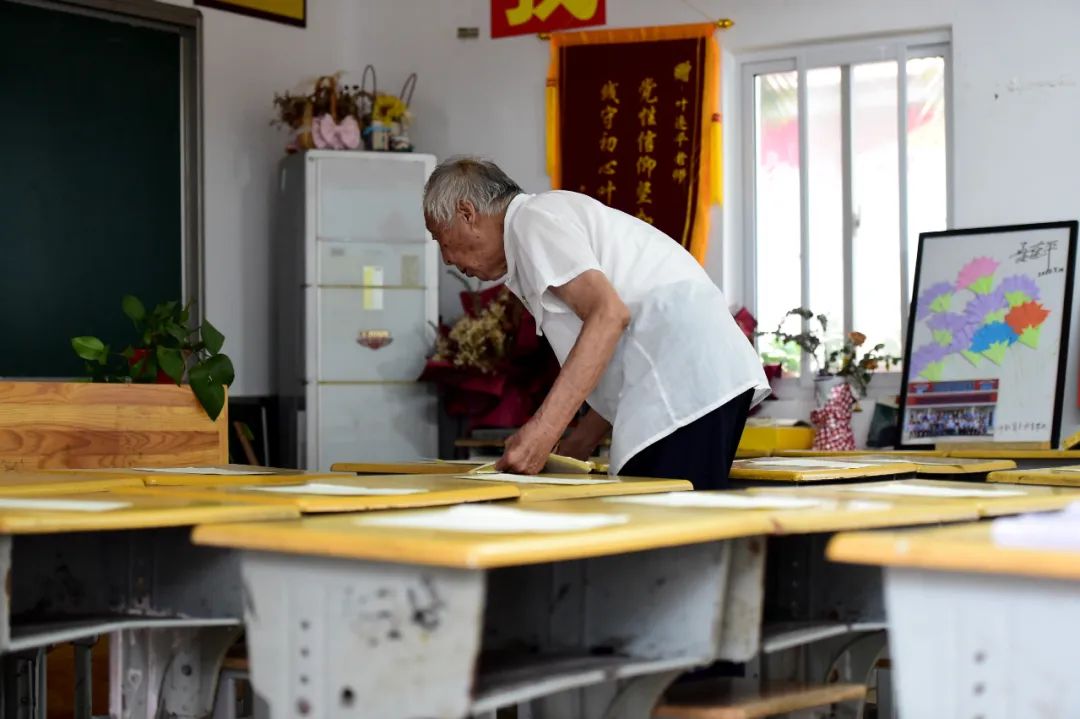