A male Chinese pangolin is released to a provincial natural reserve in Lechang, Shaoguan, Guangdong province on Jan. 11, 2022.

A cute male Chinese pangolin named “Le Le” was released back to its habitat forest in Shaoguan, Guangdong on January 11, 2022, 71 days after it had been rescued by a driver at the roadside of Shaoguan city and then sent to Guangzhou to be tended by top wild animal experts.

After being released, Le Le quickly climbs up a tree and cling to it.

When the Chinese pangolin was found at the roadside on Oct 30, 2021, it had suffered from a slight dehydration due to starvation for several days and other health problems like dry skin and itching. After a preliminary assessment by local experts, it was soon sent to Guangdong Academy of Forestry in Guangzhou, about 150 miles away. 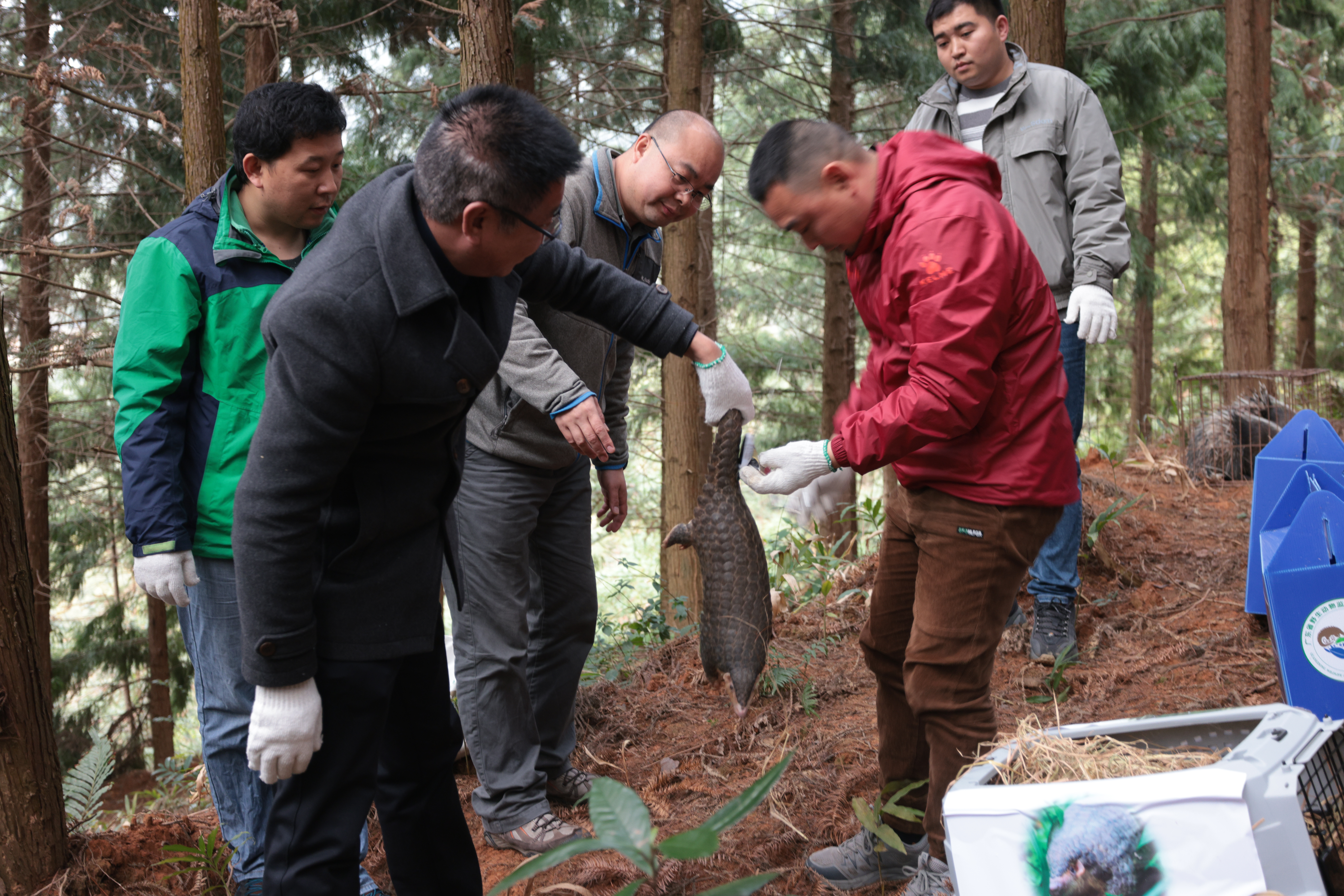 Le Le is taken out of a travelling cage for release.

Under over two months’ good care of the wildlife conservation and research team at the Guangdong Academy of Forestry, the pangolin gradually regained its good physical condition as well as the ability to forage independently in the field. It was time to release it to its habitat in Lechang, Shaoguan. 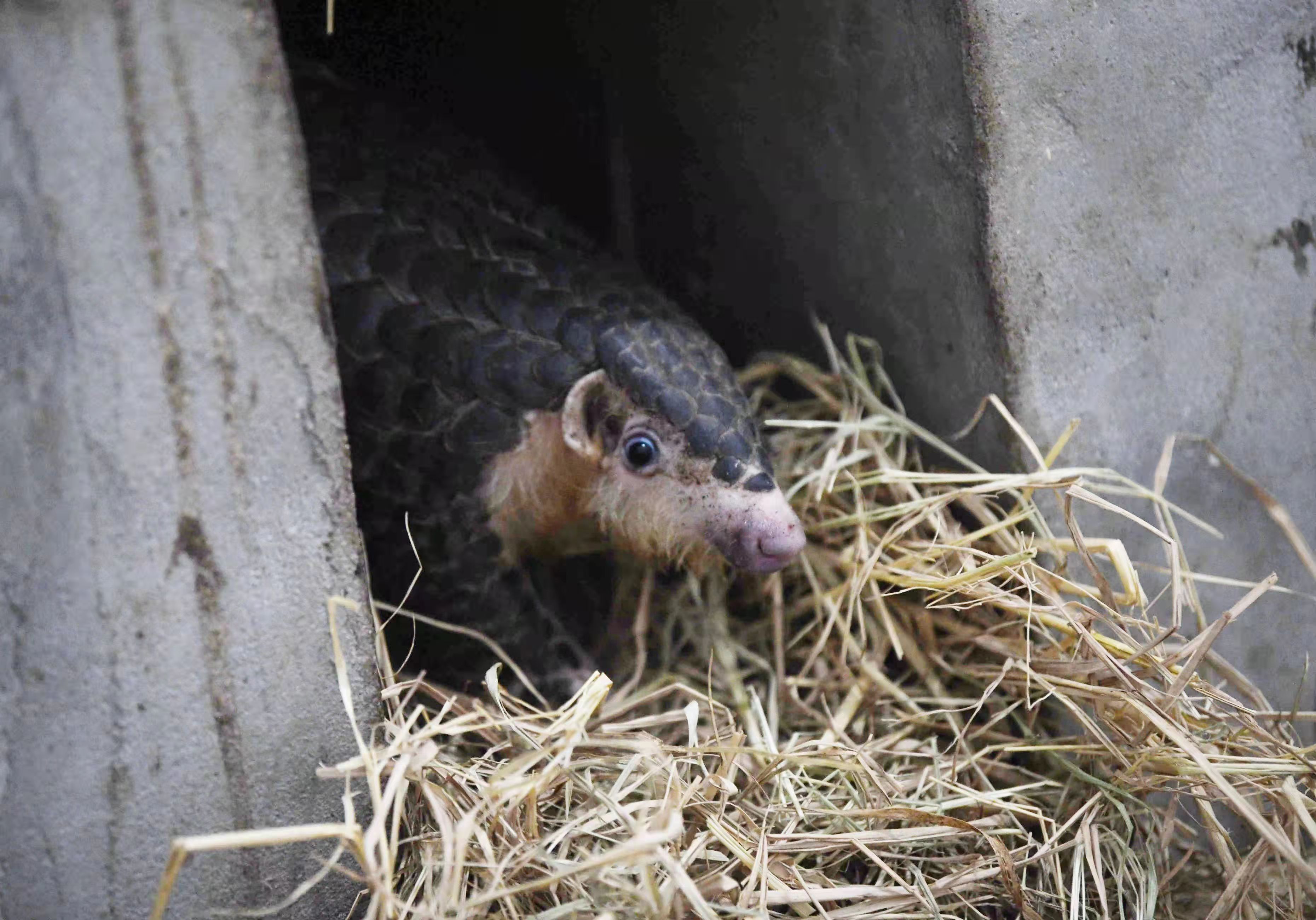 Le Le is well looked after at the Guangdong Academy of Forestry.

'He likes to strut around when he's happy and curl up to sleep when he feels tired.' Dr Hua Yan, chief expert of the wildlife conservation and research team said. Sometimes the pangolin liked to blow bubbles since it has well-developed salivary glands. It looked so cute and had entertained the team so much that they named it "Le Le"( meaning Happy in English). 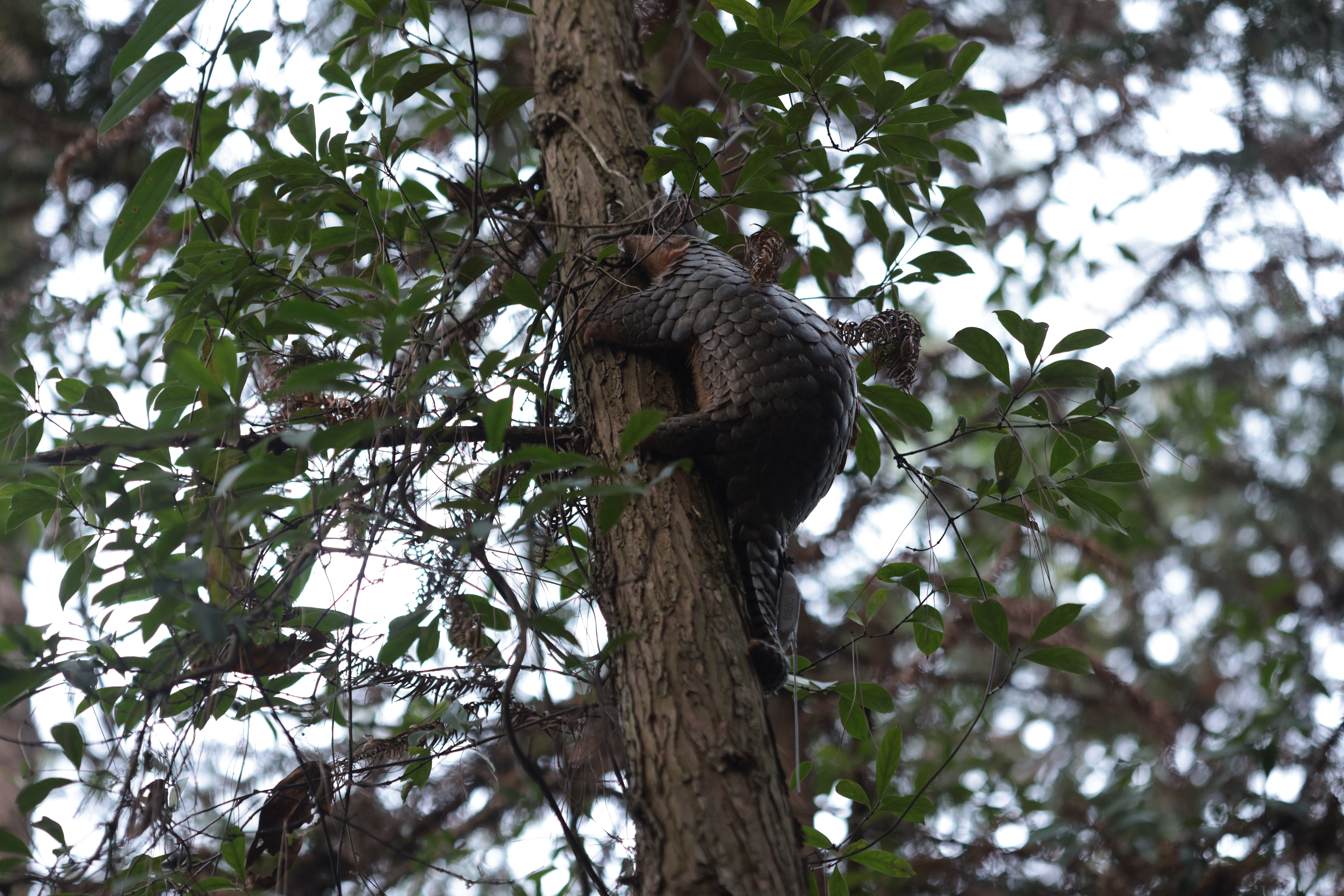 The rescue of Le Le reflects the efforts made by Guangdong province in promoting wildlife conservation and safeguarding biodiversity in recent years with regulations about wildlife protection passed and the awareness of the pubic raised.