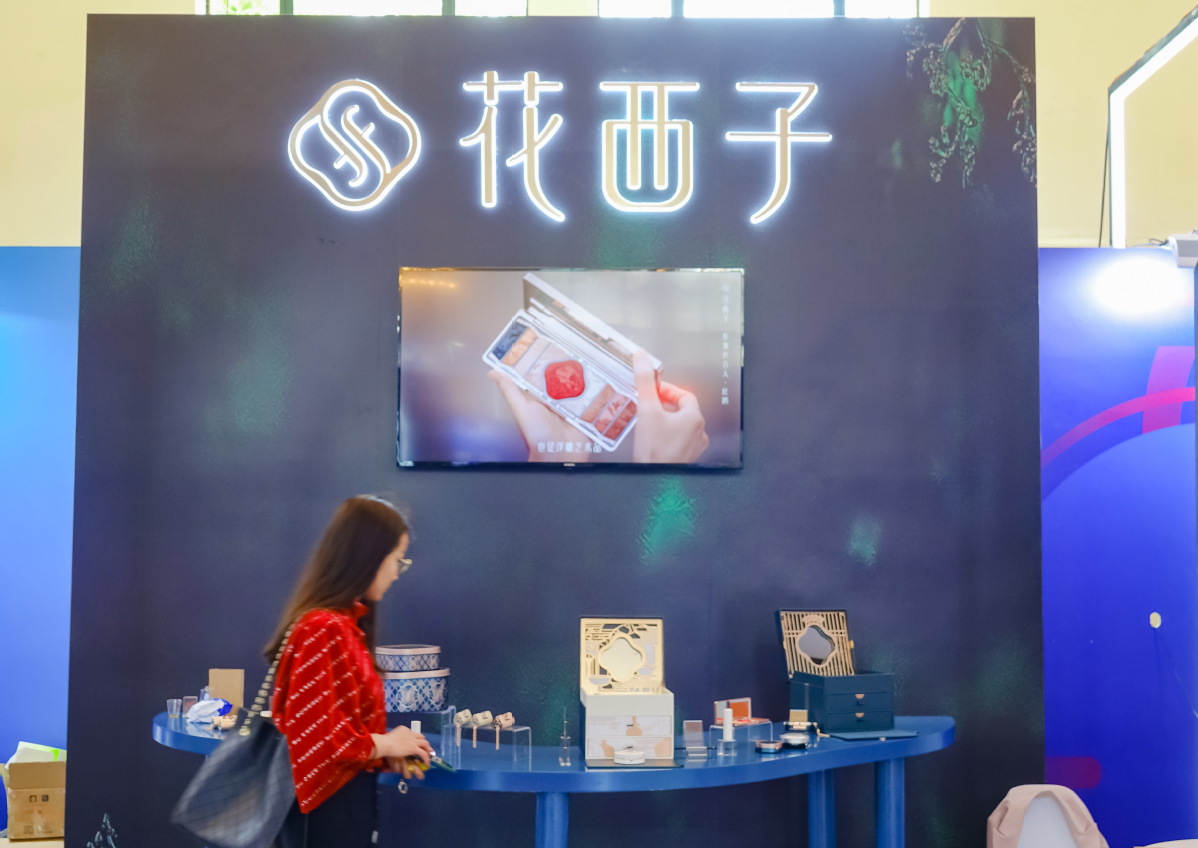 A woman walks past the showcasing booth of Hangzhou-based skincare brand - Florasis, in Shanghai, on May 12, 2021. [Photo provided to China Daily]

According to a survey conducted by the Social Survey Center of the China Youth Daily, 96 percent of 2,012 respondents said they were willing to pay for guochao products.

About 75.3 percent of surveyed youngsters have purchased guochao apparels, 48.6 percent of them have bought guochao cosmetics, said China Youth Daily on Thursday quoting the survey.

"The guochao-style products are cost-sensitive, and are more suitable for Chinese looks and temperament," said Chen Jiayi, a junior university student in Tianjin. "Some traditional Chinese brands are coming back to the spotlight again with acceptable price," Chen added.

Huang Heshui, a professor at the School of Journalism and Communication, Xiamen University, said besides the traditional Chinese elements, the guochao products should incorporate more modern Chinese elements, such as innovation and high-technology.

"The traditional culture can only be inherited if modern Chinese truly know, acknowledge, and put the spiritual content of traditional culture in practice," said Su Junbin, associate professor at the School of Journalism and Communication, Xiamen University, to China Youth Daily.