In less than three minutes, a new-energy car will roll off the production line at the GAC Aion factory, a subsidiary of Guangzhou Automobile Group (GAC Group).

The factory, set up in 2017 in the southern Chinese city of Guangzhou, is among the earliest plants dedicated to manufacturing smart, pure electric cars in China. Today, the plant churns out about 620 vehicles every day.

Guangzhou, already China's top city in terms of cars manufactured, has become a focal point for the production of intelligent automobiles equipped with technologies such as 5G-based remote control, vehicle telematics and self-driving.

In 2019, Guangzhou was among the first cities to approve the testing of pilot autonomous systems on public roads. So far, a total of around 2.55 million km of autonomous-driving data has been accumulated.

In July, the city launched an autonomous-vehicle pilot scheme that is scheduled to run five testing phases by 2025. Vehicles from autonomous-driving firms will have to complete tests in mixed traffic-flow environments while operating various services.

Last month, Guangzhou passed a plan to deploy 50 autonomous-driving buses to operate on six routes across the city.

Xia noted that the company's rapid development has been supported by Guangzhou's clustering of traditional automobile assembly lines, spare-parts providers and innovative companies. 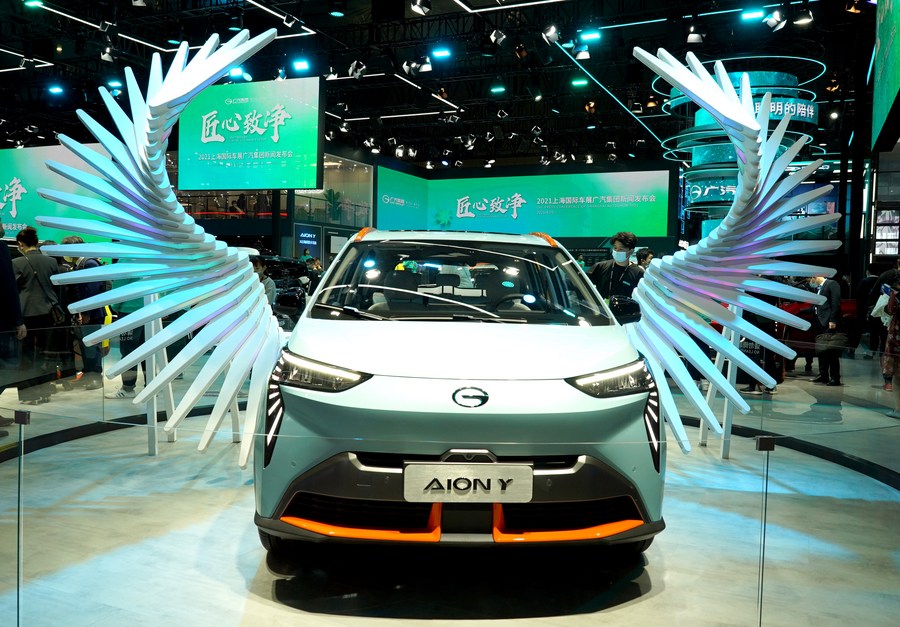 Guangzhou is one of the major car manufacturing bases of the country. The annual car production volume in the city hit 2.95 million in 2020, top among Chinese cities for the second consecutive year.

Since the 1990s, the city has attracted a group of Japanese automobile companies, including Nissan, Toyota and Hino Motors.

"The growth of automobile companies attracts many spare-parts producers to Guangzhou, which serves as a solid base for the further development of the automobile industry," said Zhu Yigong, president of Guangzhou Zhongxin Auto Parts Co., Ltd., which started the auto-parts business in 1989.

Data from the municipal industry and information technology bureau shows that the city has over 500 spare-parts companies, including 200 producers of core components.

In 2020, the car manufacturing industry contributed 586 billion yuan (about 90.63 billion U.S. dollars) to the city's gross value of industrial output.

Today, the technology, talented labor and supply chain companies that have accumulated over the years serve to boost Guangzhou's venture into intelligent automobiles.

In July, GAC inked a deal with Chinese tech giant Huawei to jointly develop a new generation of intelligent vehicles and digital platforms.

China has accumulated a technological edge in areas such as the internet, 5G, navigating satellite systems, and artificial intelligence, Tang noted. "We are on a par with Europe and America in the field of intelligent automobiles and has the opportunity to become the leader."