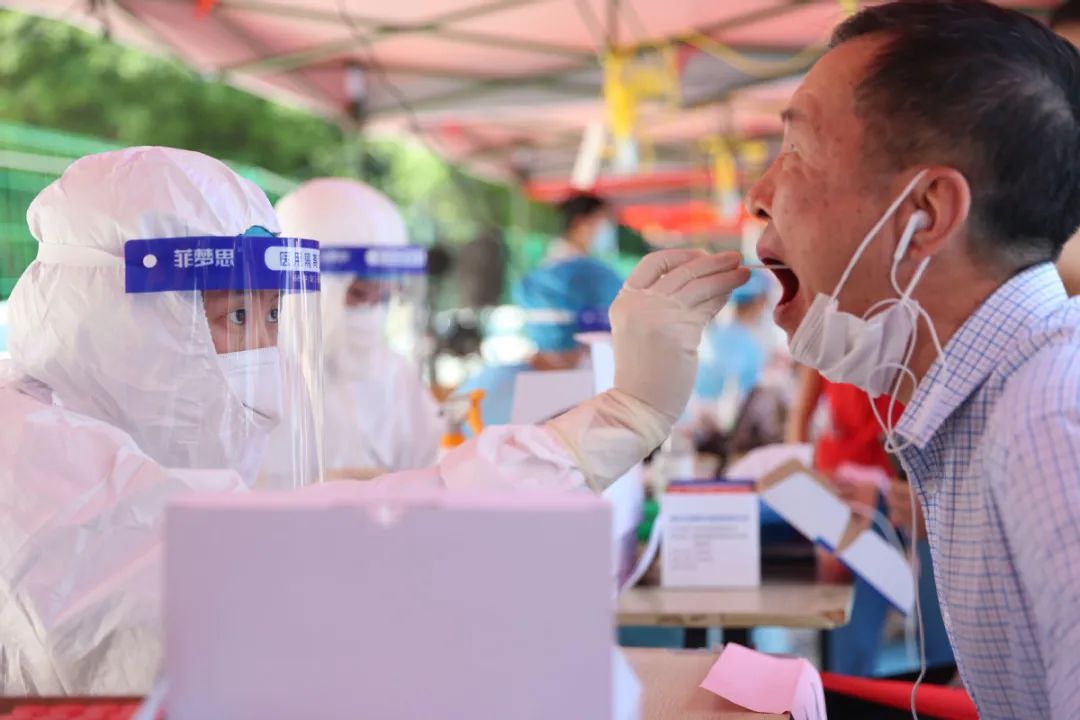 As of September 16, authorities in 30 provincial-level regions including Guangdong and Hubei had decreased the price, mostly to 60 yuan (US$ 9.3) or lower per person for a single test, the NHSA said on September 17.

Price for testing a group of 10 people was reduced to a maximum of 15 yuan per person.

Mass testing continues in Fujian as cases are reported 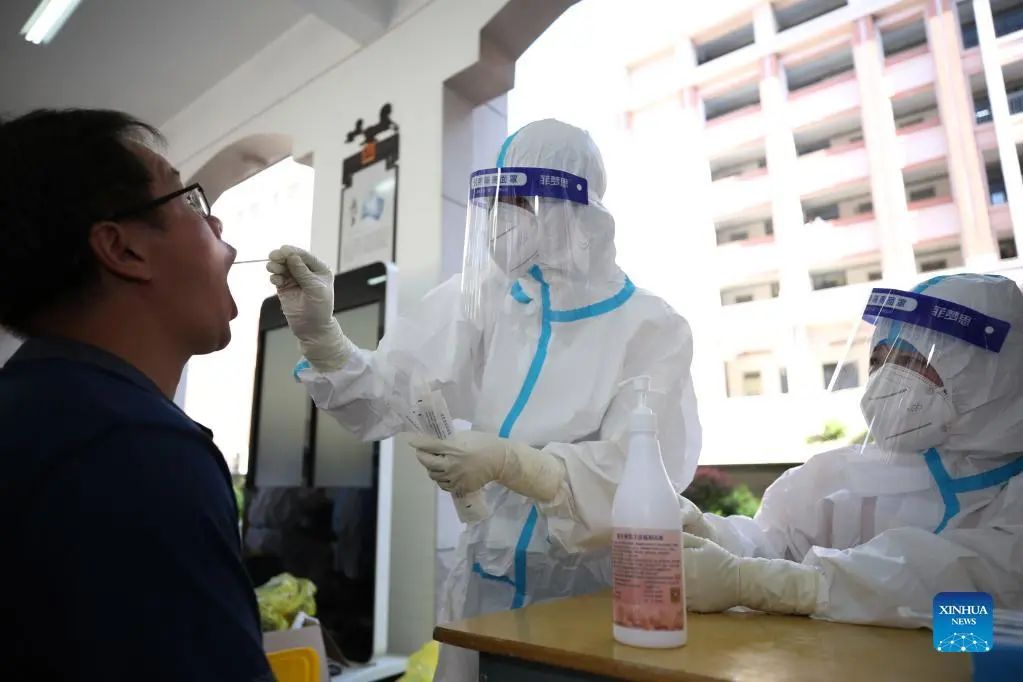 A medical worker collects a swab sample from a teacher for nucleic acid testing at No 9 Middle School in Longyan, East China's Fujian province, September 15, 2021. (Photo/Xinhua)

The latest COVID-19 outbreak in East China's Fujian province led to 263 confirmed infections and spread to four cities as of 8 a.m. on September 17 as mass testing continues.

Zhang Guoan, vice-director of the provincial health commission, said during a news briefing the 56 available results from genome sequencing all pointed to the highly contagious Delta variant.

About 60 percent of confirmed patients are in Putian, Fujian province, where the first case was detected on September 10. The neighboring city of Quanzhou had reported 18 cases, Xiamen, a popular tourist city, had registered 84 cases and Zhangzhou reported one case.

Wu Guoping, vice-director of the provincial education bureau, said all schools in the province are required to complete a new round of testing covering all students, faculty and staff members by September 19.

Key groups will take one test every four days, and schools are encouraged to roll out more frequent tests within their capacity, he said during a news briefing on September 17.