A CGTN interview with Xu Yuanchong broadcast in May.

Xu Yuanchong, China's most renowned master translator, died in Beijing at the age of 100 on Thursday, according to Peking University. 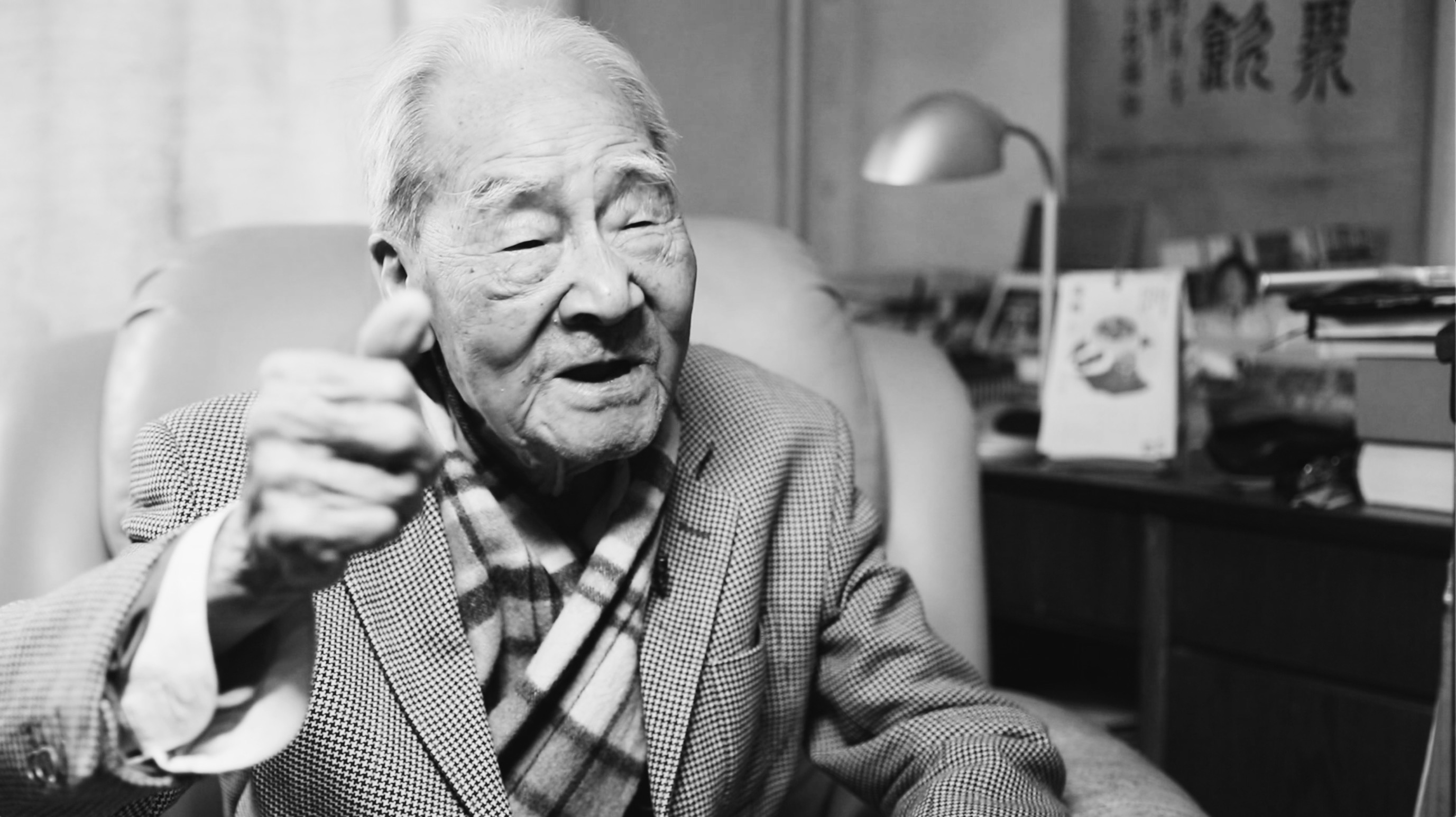 A winner of the highest honor in the field of translation, Xu was best known for his translations of ancient Chinese poems into English and French that have gained worldwide recognition.

Over 60 years of dedication

Xu devoted himself to translation for more than 60 years. For him, translated literature is "a beautiful art for the whole world."

His academic career began during his college years when he studied at the National Southwest Associated University in Kunming, southwest China's Yunnan Province. In 1939, he published an English translation of a poem written by Chinese female poet and architect Lin Huiyin titled "Don't Cast Away," which is now known as his earliest work. Xu spent a few years in France studying French literature in the late 1940s. He then returned to China after graduation and was dedicated to translation ever since. Xu was the first Chinese to translate Chinese poetry into English and French in rhyme.

Xu put forward the "Three Beauties Theory" in terms of translation, stressing the importance of beauty that is conveyed semantically, phonologically and logically.

Xu upheld the notion to carry through the visual and aural beauty of poems when translating them into another language, and that the translated version should reproduce the whole sensual experience that the original brings to the reader to the best of its capabilities. Through this pursuit of excellence and respect for the authors, Xu's methods and theories of rhyming style translation of poetry won him the title of "the one and only in English and French translations of ancient Chinese poetry".

The Book of Songs, Romance of Western Bower, Selected Poems of Li Bai, The Red and the Black, Madame Bovary and Remembrance of Things Past are just a few among his many translation works. His work 300 of China's Immortal Poems was published by Penguin in 1994.

Xu's version of Thoughts on a Traquil Night by Li Bai. [Photo provided to China Daily] 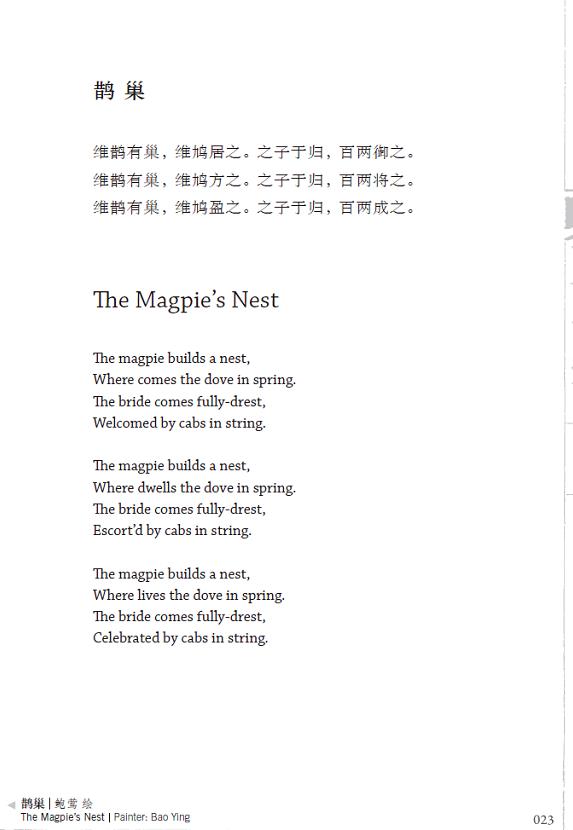 Xu Yuanchong's version of  The Magpie's Nest, as published in his work  The Book of Poetry in Paintings. [Photo provided to China Daily]

He taught at Peking University from 1983 and was awarded the "Lifetime achievements in translation" award from the national association for translation studies in 2010. Xu was also the first Asian translator to win the Aurora Borealis Prize for Outstanding Translation of Fiction Literature – one of the highest honors among international translators.

Throughout his lengthy and prolific academic career, Xu pursued the beauty of language and was dedicated to creating literary ties between Chinese, English and French speakers. His works have served as a cultural bridge linking the East to the West.

Xu Yuanchong talks about mutual understanding between different peoples during an interview with CGTN broadcast in May.

Xu Yuanchong talks about current situation of the world during an interview with CGTN broadcast in May.

English and French-speaking readers are able to better understand Chinese literature through Xu's translations. Meanwhile, Chinese readers can appreciate foreign works in the same way they would read novels and poems written in their mother tongue.

Today, more than 100 kinds of Xu's books have been sold at home and abroad.