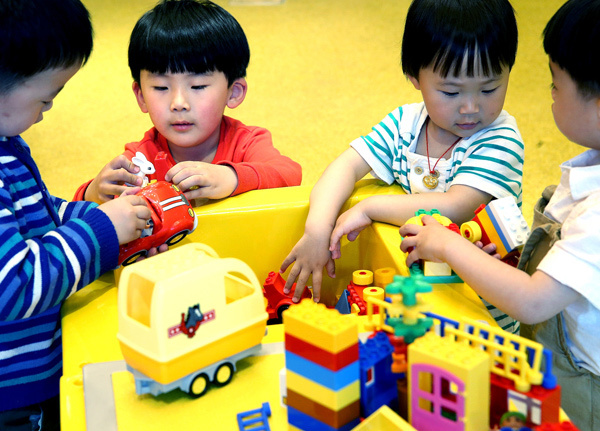 The amendment to the Law on Protection of Minors was adopted by China's top legislature on Saturday, as a new move to strongly safeguard people under the age of 18 by rule of law.

The revised law, introduced in 1991 and revised in 2006, has significantly increased the number of articles from 72 to 130, adding two new chapters involved government protection and online protection for minors.

The new law includes general provisions and protections for the areas of family, school, society, Internet, government, judiciary as well as legal responsibility and supplementary provisions. It will go into effect on June 1, 2021.

According to experts, the current existing law faces severe challenges due to the emergence of fresh social problems. For example, in some cases, the minors' guardians themselves are the domestic violence abusers; school bullying is frequent but often covered; numerous minors are addicted to online games and sexual abuses against minors are often conducted by people in close contact with the victims, like teachers, neighbors and relatives.

As a response to these problems, the revised law has formulated and improved related protective measures, clearly stipulated the responsibilities of parents, schools, society, government and judicial organs in safeguarding the well-being of minors.

In the new chapter involved online protection, the law clarifies responsibilities of internet service providers, demanding they take measures to prevent children from experiencing online bullying and being indulged in cyberspace.

To strengthen protection on minors from all walks of life, the law also stipulates that some public places, including shopping malls, supermarkets, hospitals, libraries, museums, airports and amusements, should build a security alarm system to help seek missing children.

Also, hotels are ordered to ask for the contacts of minors' parents or guardians when helping children check in or the children attempt to have the check-in with adults, it said, adding hotels should call police if something is suspicious or staff suspect violations.

Before the law was reviewed and passed, it was deliberated by the NPC Standing Committee in October 2019 and June this year.

On Saturday, the Biosecurity Law, Export Control Law and amendments to the National Flag Law and the National Emblem Law also were adopted by the top legislature.