2. The 2020 Guangzhou Marathon will take place on December 13 (Sunday) as scheduled. 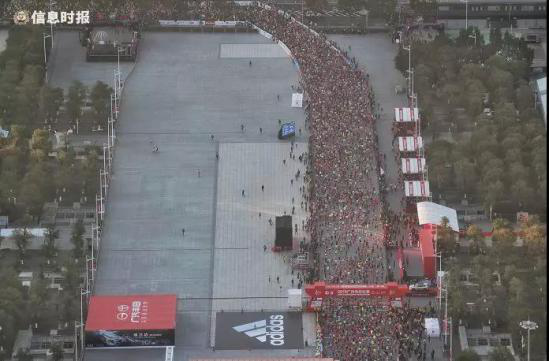 A view of the 2019 Guangzhou Marathon. [Photo/Information Times]

3. Authorities said audience capacity at movie theaters nationwide should be capped at 75%. The rule will take effective from Sept. 25.

4. A RwandAir route between Rwanda and Guangzhou will be suspended for one week after 5 passengers tested positive for COVID-19 on a flight on August 30. The suspension will take effect from Sept 20 (Sunday).

6. TikTok has confirmed that it has submitted a proposal to the U.S. administration that "would resolve the Administration's security concerns" .

8. Hong Kong confirmed 4 new imported COVID-19 cases on Tuesday, marking the first time there have been no new locally transmitted cases in a single day since July 5.

1. China surpassed the U.S. to become Germany's largest export market for the first time in the second quarter of 2020.

4. Ecuador on Monday lifted pandemic lockdown restrictions, including a nighttime curfew and ban on social gatherings.

6. U.S. President Donald Trump on Monday suggested global warming will reverse itself and dismissed climate change as a cause of ferocious fires engulfing swaths of the U.S. West.